She was born in a refugee camp. Now she is the first supermodel to do a modest swimwear photo-shoot for Sports Illustrated. This is the life and fashion of Halima Aden.

From Refugee Camp To Walking Runways

Life was not always glamorous for Halima. Originally from Somali, Halima was born in a refugee camp in Kenya. Aden advice to refugee women and girls is this : “There is one thing that I can say to those girls: Nothing is permanent…..you have to be accepting of the change and be ready to evolve”. Once she moved to the United States with her family at the age of six, she started chasing after her goals. She entered into the Miss Minnesota Pageant. She became a semi-finalist, and was voted as homecoming queen in her high school. She is a Muslim model who advocates for the hijab . She is the first hijabi model to walk international runways. She is signed to a major agency. She has also been the first hijabi model to be on the cover of Vogue, Arabia, Allure, and British Vogue.

“I want to be known for encouraging other girls to go out and have their own success stories,” she told Paper.

Not everyone was happy with her modest swimsuit photos.

“Modesty culture is backward & anti-women. Thousands of women are arrested in Islamic countries protesting against veiling & yet your silly mag is celebrating a symbol of oppression…in the most absurdly incoherent way imaginable. Fail.”- Rita Panahi

How is it backwards and anti-women to promote modesty? If anything, dressing provocatively and wearing revealing clothes is backwards. How will a man respect you if you dress without leaving anything to the imagination? That is why I always admire African styles in general. It is colorful and full of life. Our headscarves are full of intricate designs. Our skirts are long and flowy.  If you want to feel like a Queen, just walk around at your local African boutique. The designs will fill you with pride.

Photo by Harrison Haines on Pexels.com 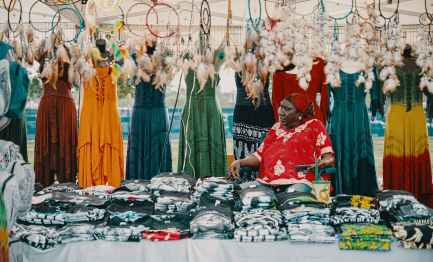 Photo by Brett Sayles on Pexels.com

Photo by Bestbe Models on Pexels.com

Somali is a country full of diverse cultures. The country is located along a international trade route. Most of Somali people still live in Somalia, although their is some who have migrated to Ethiopia. Other groups of people that are Somali are living in Yemen, Kenya,  Djibouti, and other parts of the world. The strong influence of Islam can be seen in their dress codes. The young and those living in the city/urban areas can be seen wearing Western dress for everyday clothing. But for special occasions they always rock their traditional clothing. In the rural area, wearing traditional clothing everyday is more prevalent.

The woman of Somalia frown upon revealing clothing. Most of their garments are comprised of conservative colors. They have many full-length dresses that come in a variety of styles. In a random day in Somalia , you might see a female wearing a guntiino. A guntiino is a long piece of cloth. You tie it over your shoulder and drape it around your waist.

For formal events, women will be seen wearing a dirac. A dirac is a long dress. It is made up of 100% cotton , or a blend of cotton, linen, and/or polyester. 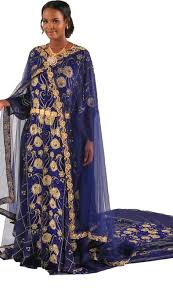 If you are a married woman you wear a scarf on your head. Your scarf is called a shash. Some Muslim women wear a burqa . This garment covers the body from head to foot. (Source: Interesting Africa Facts)

What Does The Future Hold For Halima?

The trend of being modest has rose in recent years. A lot of older vintage styles are coming back and are in high demand. “Headpieces were being celebrated,” says Aden. “It’s no longer a ‘Muslim women head covering’ thing, you know. Turbans are in.” Many women around the world are embracing that “we are all Africa” and are rocking colorful headpieces. “I believe that the time has changed. For instance, once there were not enough cosmetic products for even adult women and now even 2-year-olds are playing with makeup. This change is coming with the change of times and I’m afraid older generations might have difficulty in accepting that,” Aden says.

“I’m not Rapunzel stuck in a castle,” she says defiantly. “In today’s society, you’re out and about, and you’re visible, no matter what. So why is it OK for me to be visible in a classroom? Why is it OK to be out in a mall, or just outside, but I can’t be seen in a magazine?”

The future holds a lot for Halima. She will be opening many doors for those who are Muslim in the fashion world. She is a designer herself, with a fashion collection that will break many barriers. And she will be inspiring others to believe, that you can be beautiful and modest, for years to come.